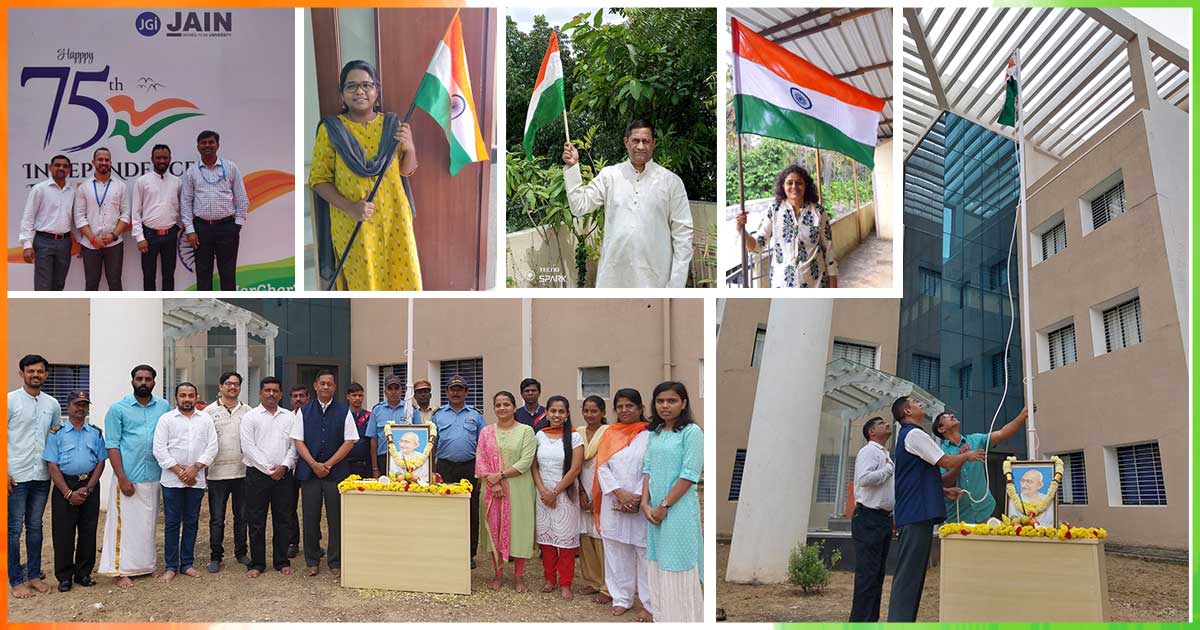 To mark the 75 years of freedom, the NSS wing of the JAIN (Deemed-to-be University) - Faculty of Engineering and Technology, celebrated Independence Day on 15th August 2022. The students and staff of the Faculty of Engineering and Technology actively participated in the event and made an attempt to remember the souls of all the freedom fighters who sacrificed their lives during the freedom struggle.

Invitees Mr. Kendaswamy, Mrs. Ranjini Bhat and Mr. Divyakanth were present on the occasion. Around 07:45 a.m., prayers were offered to Bharat Mata. The flag hoisting was done by Dr. Hariprasad S.A, Director - Faculty of Engineering and Technology. Dr. Hariprasad S.A. in his speech gave a call to all the students to become responsible citizens and participate in the nation-building process. Mr. Divyakanth in his speech recalled the sacrifices made by all the legends, who lost their lives during the fight for independence. The event truly honoured the sacrifices made by the people of our country for freedom.

On the eve of 75 years of Indian Independence, the students and staff actively joined hands to celebrate the Har Ghar Tiranga campaign under the Azadi Ki Amrut Mahotsav, an initiative by the Government of India. The students and staff hoisted the tricolour flags at their residences to showcase their love and respect towards the country.

Selfies with the hoisted flag were taken and posted on the official website that was specially developed by the Government of India. The students and staff also shared their photos with the Indian Flag across all their social media accounts and made an attempt to inculcate patriotism in the Indian diaspora across the globe. 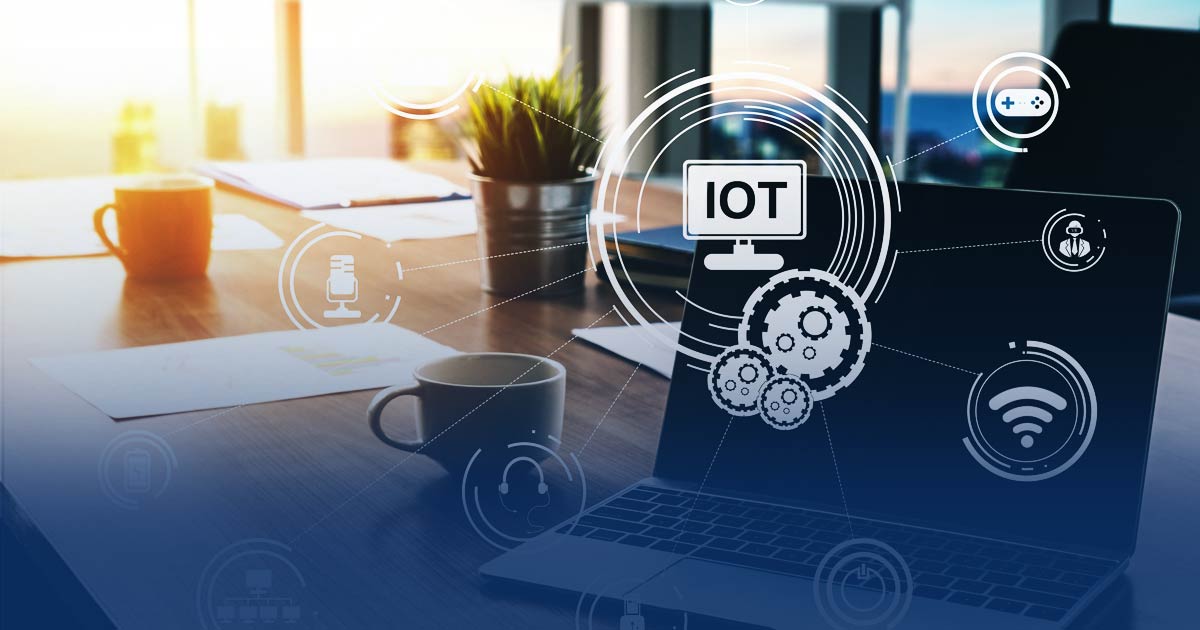 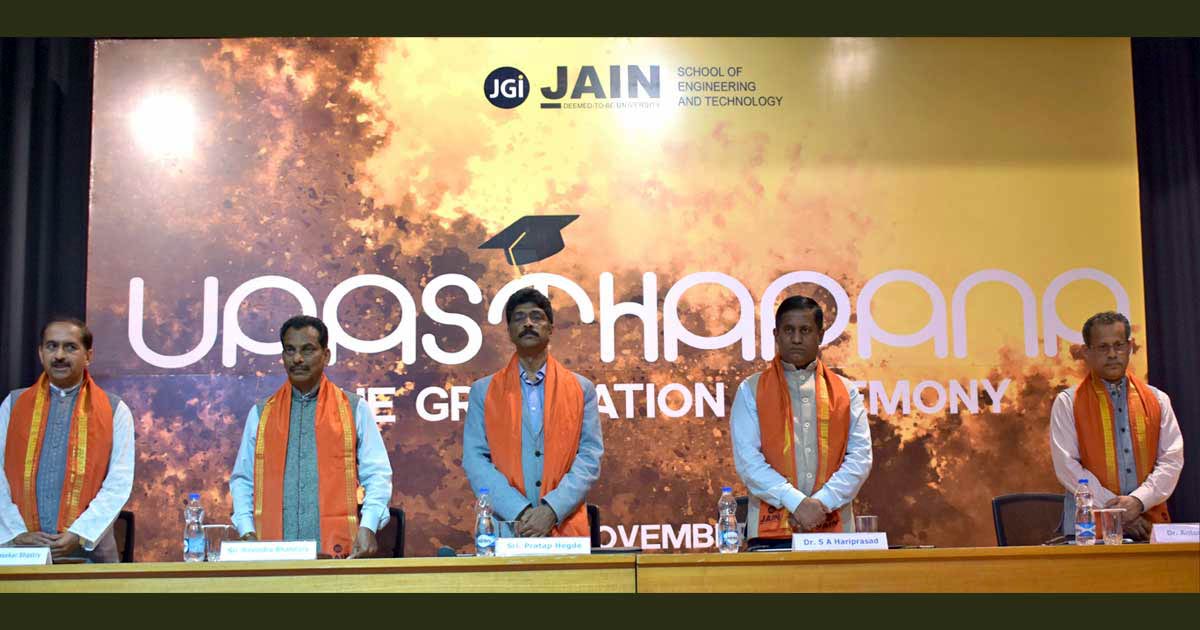 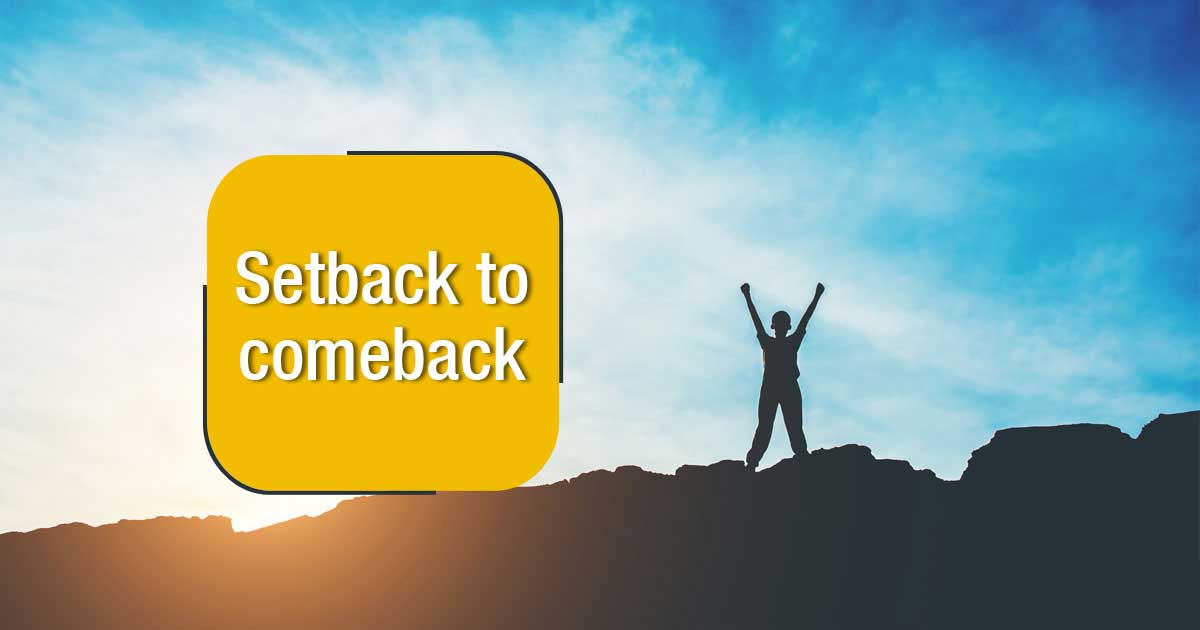 Learning the Effectiveness of Set Back to Come Back