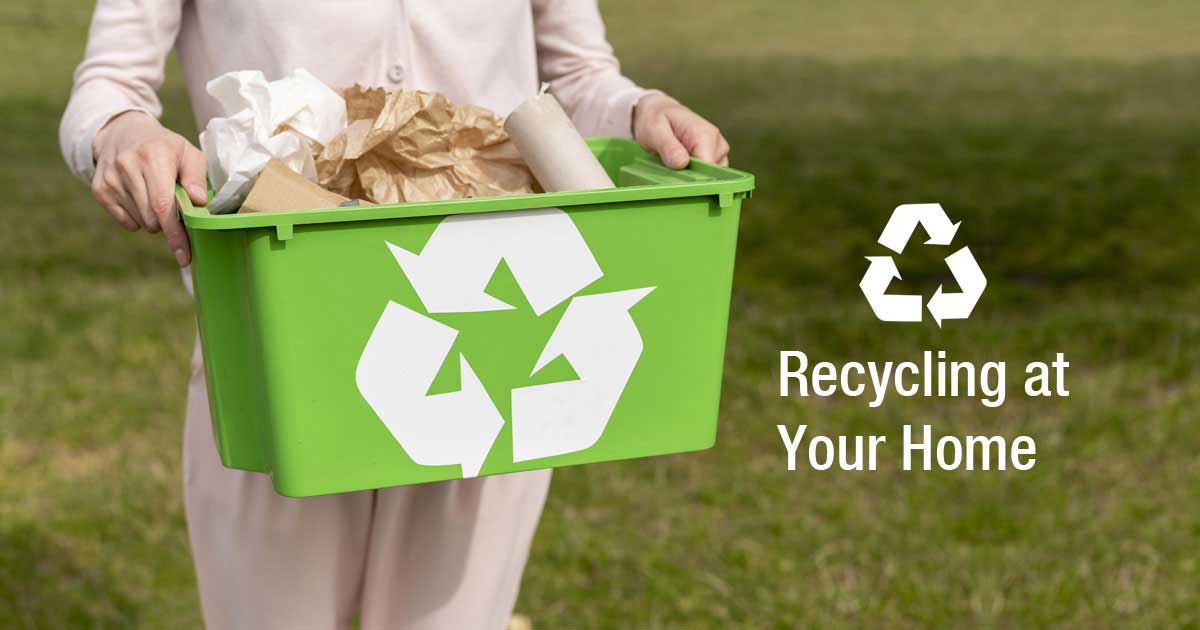 Recycling at Your Home

Recycling means converting waste materials into usable materials and items. Recycling focuses on environmental sustainability by infusing the raw materials brought back from the waste products, thus sustaining the economic system. To mitigate the ill effects of climate changes, it becomes the responsibility of every one of us to recycle as much as we can that can very well start from home itself.

You can start with a simple attempt to discover what can be reused at home and giving a new life to old things.

We consider recycling a process of decluttering for shipping unwanted or waste items to a recycling plant to transform them into usable products to reduce environmental pollution. However, something still needs to be done about things that cannot be put in a recycle bin?

Reusing more at home needs a framework that begins with having spots to store your reused materials in the house, regardless of whether this is a case, canister, or pack. Keep the recycling compartment close to the garbage bin to remind everybody to reuse however much as could reasonably be expected.

Following are some of the examples to implement recycling at home.

Books can be gifted, donated, or even swapped at new book purchases. Old cardboard boxes can also be reused to dispatch things or for some creative craftworks. Even minor items like envelopes can be reused for covering up ‘to’ and ‘from’ addresses with the new ones. In rare cases, all the paper items can be used as organic mulch in the garden. The idea of considering recycling is one of the chief steps towards creating a sustainable environment. 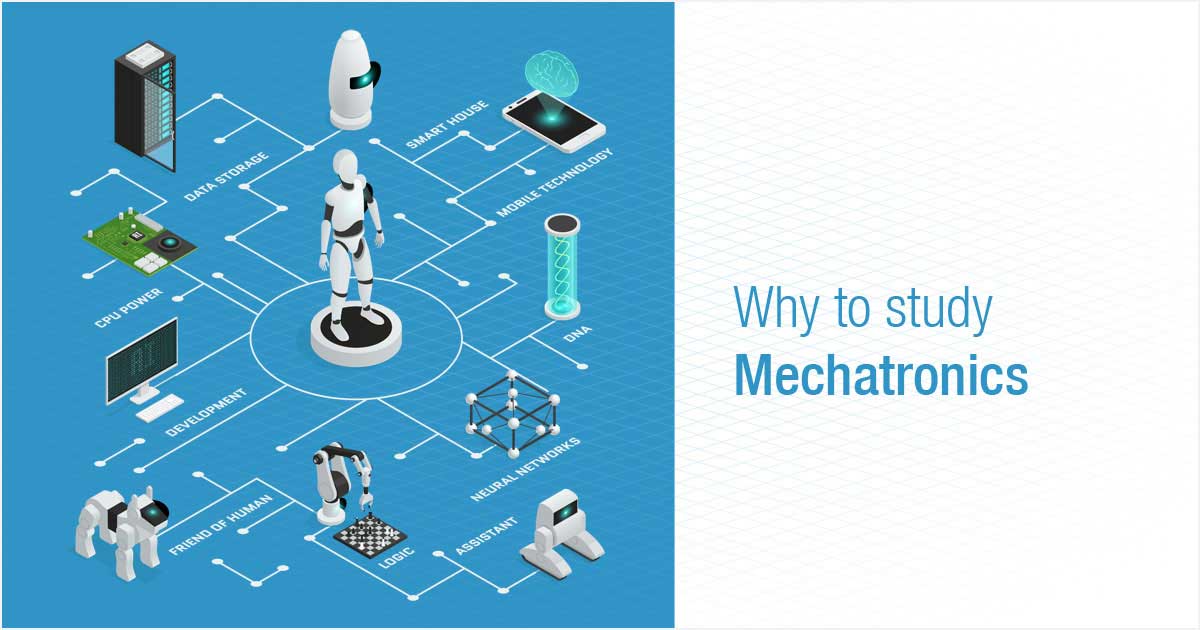 Understanding The Significance of Mechatronics

Mechatronics is a technology combining electronics and mechanical engineering. The word was coined by TetsuraMpro in 1969 to describe the systems which embrace electrical control systems and machines controlled by them. It comprises more than one discipline of scientific studies that collaborates with many branches of engineering. The main application of the mechatronic system is to transform output signals which are obtained by processing the input data gathered from the surroundings and then turning them into useful energy, locomotions, and decisions.

The importance of mechatronics can be understood by the fact that about 25-50% of components in today's vehicles are contributing to control the decisions and driving. Today almost all mechanical systems have become smarter, smaller, and efficient. The outcome is that skilled professionals are required to design, operate, and repair such systems.

AICTE committee for studying the short & medium-term perspectives in India has recommended that the focus on conventional disciplines is decreasing day by day because the great focus is given to the multi-disciplinary engineering courses, especially aerospace, forming, engineering in the environment, and mechatronics. Even the enrolment for an interdisciplinary course is on the rise as depicted by the fact that the admissions for mechatronics and biomedical fields are 65% and 69% respectively has been reported in the year 2017-2018. The mechatronics field in the future can be in more demand and can oppose the traditional fields of engineering in the coming days.

Though robotics and automation picked up familiarity some time back, the most up to date expansion to the family are Mechatronics. Right now, mechatronics is growing very fast and every system of today is made of electromechanical systems with computer science and programming like PLC, HMI, Microcontroller, CNC, Robotics systems. India has a big market in manufacturing and machine tools applications where mostly mechatronics systems are employed, in every sector of industries like Food, Oil gas, Pharma, Manufacturing, and Automotive.

The automation of almost everything, small or large systems has brought an improvement in the demand for the manufacturing of mechatronic products, increasing the need for a technological workforce which makes the subject even more sought after among students. The human intellect and inclination towards all mechanical things are now becoming the future of Mechatronics in India. It is also closely associated with the Internet of Things (IoT), which is driving the learning curve for how Mechatronic systems are being designed, perceived, and manufactured, for a smarter, better tomorrow.

The increase in robotics that can coordinate with humans and also act alone without human assistance with accuracy and smartness is molding the future of Mechatronics in India. It is additionally firmly connected with the Internet of Things (IoT), which is driving the expectation to absorb information for how Mechatronic frameworks are being planned, seen, and designed for a more brilliant, better tomorrow.

Since mechatronics applications are vital in many industries such as automotive, aviation, plant cultivation, etc., the study of this emerging technology can be an advantage in empowerment in the future. These days Mechatronics is in demand, and one can make a brighter future by pursuing this program. 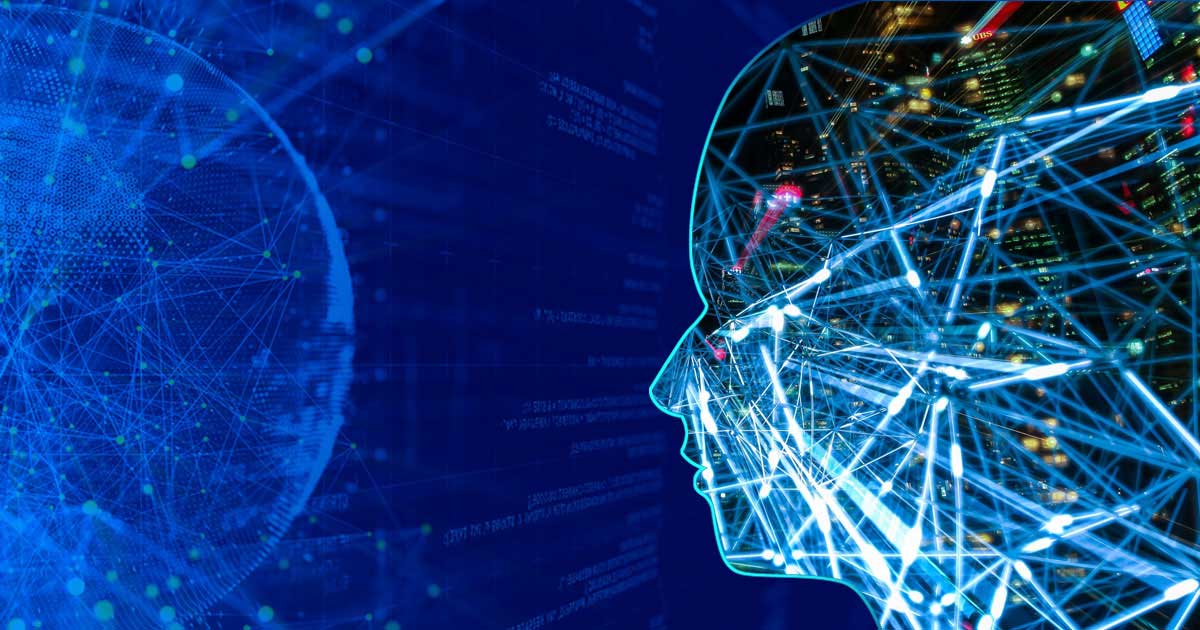 Data Science: An Effort to Extract Some Insights from Data

There is a proverb, “Tomorrow never comes”, but in the perspectives of modern computing, more closely with respect to Data Science, it seems little incorrect. It can be said that Tomorrow has come and it is today only and it is creating a new Tomorrow with help of Yesterday.

Modern computing makes an effort to mimic most of the human activities in machines only. In this regard it sees everything as data exclusively. It perceives yesterday and today as data, analyses it, and predicts for Tomorrow.

Earlier data would be processed with the disciplines of Statistics. But due to lack or very less computing power, it was not that much effective. So Data Science came into the existence with high computing power blended with Statistical techniques.

Let’s understand the application of data science with some contemporary projects for which it is being implemented.

Let’s now put some lights on the origin of data science.

Before data science, the term data mining was coined and had got publicized in 1996 form the research paper entitled, “From Data Mining to Knowledge Discovery in databases.”
Later in 2001, William S. Cleveland had put forward the term data mining to a new horizon by blending computer science and data mining. Merely, he had incorporated statistics with computing power and called this composition as “Data Science”.

Nearly this time only the Internet had also emerged with the new version “Web 2.0”, assimilating social media welfares such as MySpace in 2003, Facebook in 2004, YouTube in 2005, Twitter in 2006, WhatsApp in 2009 etc., where people also became huge stakeholders for generating huge data by creating texts, uploading images, audio and videos, like and share, and leaving their footprints in the digital landscape. These undertakings were to sow the seeds of a pile of data from so much to too much and beyond, which was termed as “Big Data” that came across a world of opportunities in discovering insights using the data.

So, the rising of Big Data in 2010, forged ahead the existence of Data Science to throw its weight behind the need of the business to extract insights from their massive unstructured datasets. The Journal of Data Science narrates the data science as, “... almost everything that has something to do with data: collecting, analysing, modelling, yet the most important part of its applications ... all sorts of applications”, like machine learning, deep learning, etc.

In the year 2010, with the new horizons of the data, it became a trend to train a machine learning model with the approach of data orientation rather a knowledge orientation approach. Machine Learning and Artificial Intelligence pushed around the media transcending every other features of data science such as exploratory data Analysis, experimentation, etc., and as a whole termed as Business Intelligence. Some more terms and understandings can be outlined from this adjacent figure.

IT+IT=IT, that is Information Technology + Indian(/International) Talent = India(/International) Tomorrow) is a famous quote in the computer world few years back, but now its redefined as DS+DS=DS that is Data Science + Digital System = Developed Society

Let us now see the application of data science to solve a business problem.

Suppose Ms. Leena works for a multinational company as a data analyst and she has been assigned a business problem. So she would be considering the following steps for solving it.

Following figure can explain these steps in some extent.

There may be different job titles in the aspect of data science such as:

Future with Data Science
This is the era of the Data Science which needs only data as input to create magic. So many insights it can extract from the data which may be quite astonishing. Experts say the scope of the data science is eternal and there are a lot more to appear in these perspectives. New rules need to be set, new algorithms and more advanced computing languages are aligned along with more advanced computing power.

So there is a big rival among human and computer also, if we don’t update ourselves parallel or ahead of computers, we may lose our jobs and it’s also utterly possible that we may be kept on a tight rein by machines only. 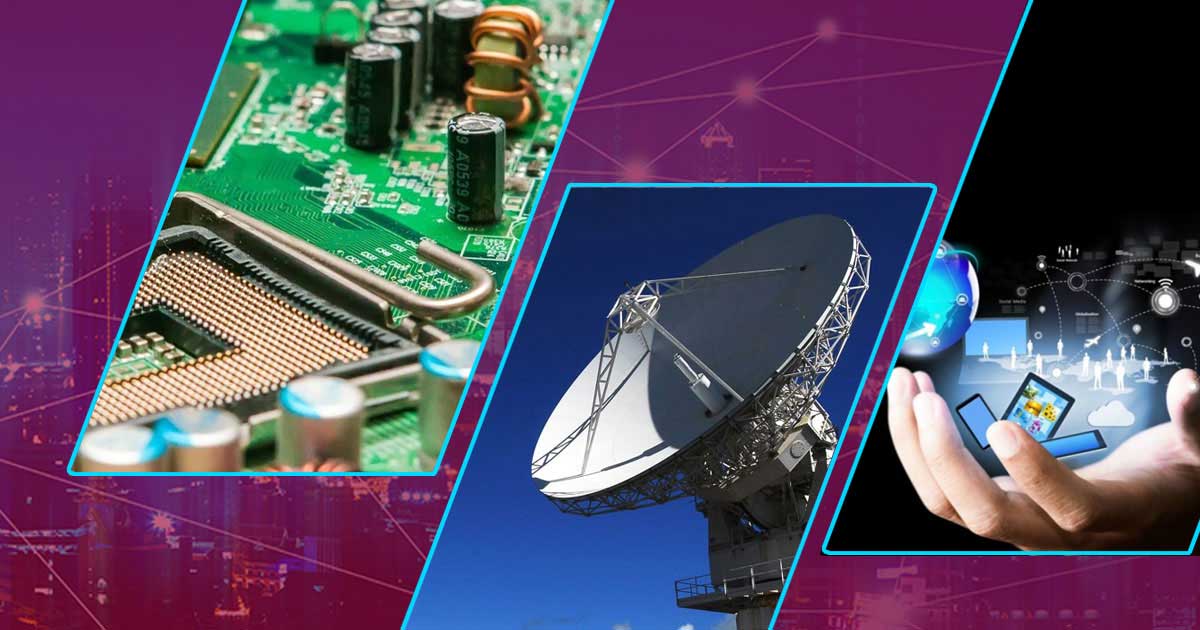 Navigate a Better Tomorrow with Navigation and Remote Sensing Technology

There is always an unanswered question in many young minds on how weather forecasts and cyclones alerts are announced before their occurrence. However, thanks to the technology of remote sensing, which is a concept of satellites monitoring the Earth’s surface at high altitude to collect vital information of the Earth. The expansion of ozone rupture, the increase in the level of co2 in the atmosphere, and the melting rate of glaciers in the Polar Regions due to global warming are estimated with the help of this technology. Within a few minutes of forest fire incidents, scientists forecast an estimate of wildlife and vegetation loss without manually visiting the location.

Recently, the whole world is very cautious about carbon emission levels and is switching to eco-friendly, environment-friendly technologies, and sustainable energy resources. The RS technology enables the switch over to alternative sources and creates awareness for the environment.

The Remote sensing technology is the fuel behind giving all necessary estimates for urban planning and infrastructure development to agriculture monitoring and estimating the yield from the data collected by remote observation of Earth’s surface. RS technology has gone beyond estimating the groundwater level using microwave remote sensing. The skilled scientist in this area owns expertise to transform data into information for the betterment of the society and scientific community.

It is not uncommon to get lost in an unknown place, however, the navigation app in mobile handset would have come to your rescue, thanks to the navigation system which has become an integral part of the communication world, be it a mobile handset, a wearable gadget or a toy, navigation chips makes its presence. With the development of navigation technology, the area of utility has expanded from precision framing to autonomous driving and safety wearable gadgets to intelligent robots.

The aforementioned, Remote sensing and Navigation technology are emerging areas in the field of Electronics and Communication Engineering. Till recently, related studies in this field were handled by Govt. The Research organizations such as ISRO and LRDE, under national education policy, aim to trap the potential of young minds in this area by collaborating academia with research institute to promote exposure to such emerging fields.

Remote sensing and navigation research lab, set up at academia in collaborations with world-renowned research institute will not only encourage the students to research but pursue higher studies in this field.